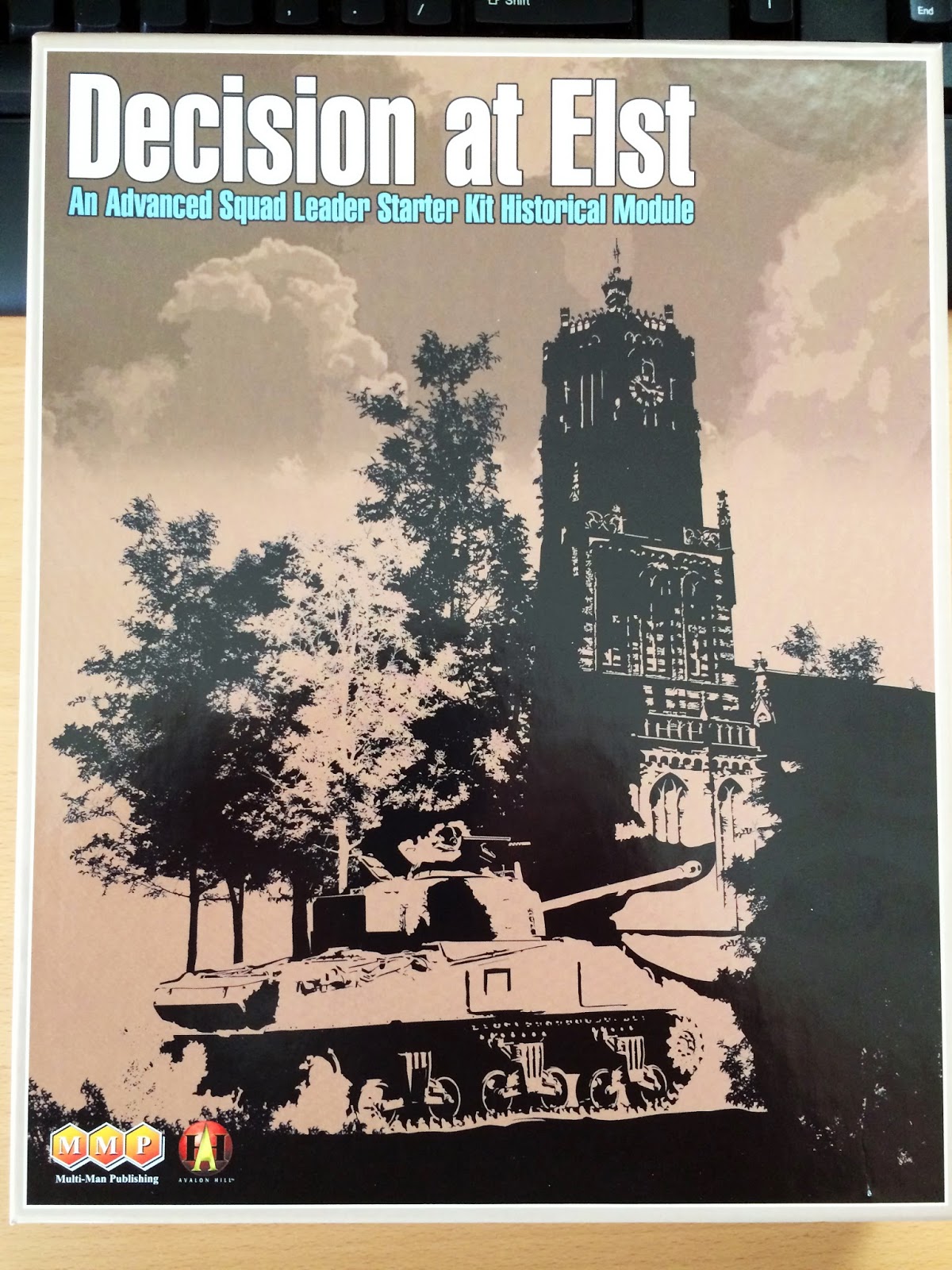 I was very pleased to find the newest ASL Starter Kit Expansion sitting on my doorstep yesterday afternoon. I had a chance to look it over and punch out my counters so I figured I would take a few snapshots and share it with my loyal followers! Decision at Elst is the first and only Historical Module for the Advanced Squad Leader: Starter Kit series. I used to own just about everything that Multiman Publishing made for ASL but I sold it off as I never played much and it helped to finance my wedding (cha-ching!). I was glad to see the starter kit series come out, its a nice easy way to get into ASL, the game is stripped down but you still get the feel of full ASL. This new module covers several battles around the town of Elst, an area in which the British XXX Corps would pass through on their way to try and rescue the Red Devils during Operation Market-Garden.

DaE includes a new updated manual, a campaign book with a number of linked scenarios. A new historical map of the area, new counters and new handouts for the players round out the box. I keep all of my ASL:SK manuals, maps and scenario cards together in one binder, everything slips into 8.5" x 11" clear page protectors as seen below. I've been able to squeeze everything nicely into one binder making it a lot easier to carry around.

For storage I used Racco trays, even with all the new counters from Decision at Elst I was able to squeeze everything into a single box.  Its tight, if any new modules come out I may need to step up to a second tray!

I'm looking forward to getting back into ASL, its been to long since I have played. Full blown ASL took up to much of my time, the rule book is a massive tome that is extremely dry reading. These new starter kits are a little more concise, they trim a bit of the fat and still leave something that is satisfying to play. If you have ever been interested in ASL, give the starter kits a try. They can be purchased at MMP's website, found here: Multiman Publishing
Posted by Jason Carter at 5:00 PM No comments: 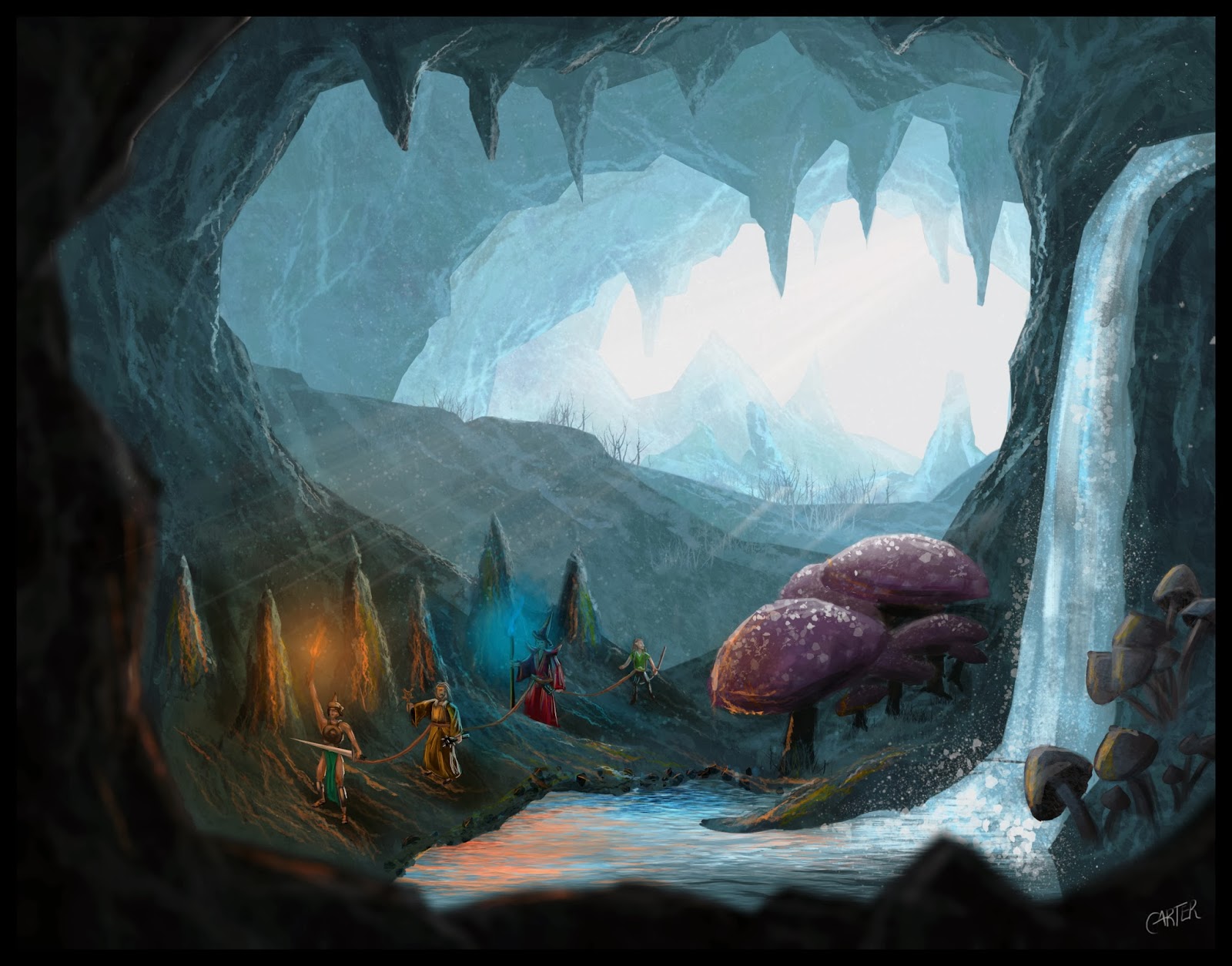 Hey guys, here's another piece I created using Photoshop and my Wacom tablet.  I wanted to do another fantasy piece and I'm pretty happy with how it came out.  I originally started this as an acrylic painting but moved it over to Photoshop after I took up digital painting.  Challenges this time around were centered mostly around my lack of skill with Photoshop.  I used a lot of layers, something I am not used to and I found myself a bit lost.  I also had a chance to use some filters like blur on the foreground and overlay for the glow of the torch and magic staff.  It took 8-10 hours to complete but a lot of that time was me trying to figure out how to make Photoshop do what I wanted!

Overall it was fun and educational, stay tuned for more!